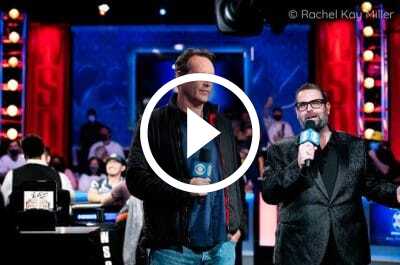 The 2022 World Series of Poker is less than a month away. This year, the ‘world’s biggest poker festival’ is slated to run from May 31 through July 20 at its new home at the Bally’s and Paris Las Vegas on the Strip after 17 years at the Rio All-Suite Hotel and Casino.

With the 53rd annual WSOP fast approaching, PokerGO, WSOP’s exclusive live streaming partner, has announced the coverage schedule. A total of 21 gold bracelet events will be broadcast, including the stop’s marquee tournament and the WSOP Main Event.

PokerGO and CBS Sports Network were announced as the broadcasting partners for the WSOP in February when the 2022 WSOP schedule was announced.

The WSOP came back after a 26-month-long hiatus from September 30 to November 23 last year at the Rio All-Suite Hotel & Casino in Las Vegas.

The 53rd annual WSOP will run 88 live gold bracelet events and 14 online bracelet events – open to players in regulated states in the US. Hollywood actor Vince Vaughn will don the role of the Master of Ceremonies at the upcoming WSOP and will also be playing a few bracelet events.

Poker audiences worldwide are in for a treat as the streaming schedule includes some of the most significant events on the summer schedule, including the $100,000 buy-in high roller bounty from the opening week, the $25,000 heads-up no-limit hold’em championship, the $250,000 buy-in super high roller event, the $50,000 Poker Players Championship and several $10,000 buy-in championship events from various non-hold ’em games.

“PokerGO is thrilled to continue its longstanding partnership with the World Series of Poker and present the 2022 live streaming schedule,” said Mori Eskandani, President of PokerGO. “We know how passionate and loyal the millions of poker fans around the world are and how much they love the WSOP, which is why PokerGO remains committed to providing the best-in-poker coverage of the game’s biggest and most celebrated tournament series.”

The WSOP streams begin on June 2 and continue through July 20, with the WSOP Tournament of Champions closing out the streaming schedule.