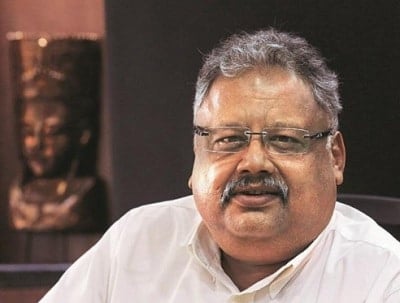 The gaming industry’s worst fears may come true soon. According to news reports, the Group of Ministers (GoM) on online gaming has recommended a flat 28% GST on online gaming, casinos, and horseracing, doing away with the differentiation between games of “skill” and “chance.”

While the gaming operators and players were prepared for such an eventuality, what is worrisome is that the GoM has also suggested that the GST for all these sectors be charged on the participation fee or chips purchased in a casino or the entry fee paid by the player to enter a fantasy match or a poker tournament. The proposal also suggests that once GST has been levied on the entry buy-ins, no further GST should be levied to the value of bets placed in each round of betting, including those played with winnings of previous rounds.

The GST Council will deliberate on the report submitted by the GoM in a two-day meeting in Chandigarh on June 28-29. Should the GST Council ratify the recommendations, it will put the survival of the online gaming industry into question. Draconian TDS deductions already burden the sector, and a flat 28% GST addition on buy-ins will make it impossible for professional players to continue playing the game for a living.

To put the recommendations into perspective, let’s say you want to play a poker tournament with a buy-in of ₹11,000, which includes ₹1,000 in rake. Under the new GST guidelines, you will need to shell out an additional ₹2,800 as GST, bringing the total tournament buy-in to ₹13,800. For horse racing, the GoM has recommended that the GST be levied on the total value of bets pooled in the totalisators and placed with the bookmakers.

We contacted Technology & Gaming Lawyer Jay Sayta for his views on this development. He said, “As of now, the exact nature of GoM recommendations are unclear and the valuation on online gaming. We will get further clarity only once the GST Council decides on the proposal and relevant amendments to the Act, Rules, or Notifications are issued.”

Is 28% GST on Entry Fee Fair & Sustainable For Operators & Players?

The online gaming sector, including online poker, online rummy, & fantasy games, falls under the 18% GST bracket, while 28% GST is being levied on lotteries.

The GoM recommendations are:

> For race courses, the total value of bets is to be pooled in the totalizator and placed with bookmarkers

If the GST Council approves these suggestions in the upcoming meet, GST as high as 28% will place these sectors at par with goods like tobacco and tobacco products, pan masala, and aerated drinks. Not only will the move discourage professional gamers, but the operators will be left with little choice but to pass on the additional tax burden on players, making online gaming, at least professionally, unfeasible in the long run.

Reacting to the news, Rajat Mohan, a Senior Partner at AMRG & Associates, told NDTV.com that the proposal would encourage black money and illegal practices in an already unregulated online gaming sector. “Taxing online gaming, horse racing, and casinos at gross revenue instead of net value addition would be a departure from the global tax ethics.”

Abhishek Rastogi, Partner at Khaitan & Co, told CNBC TV18, “I think there will be some judicial intervention which will be required. When these online gaming companies were raided, we had taken such issues to the court very clearly, putting the point across that coercive recoveries cannot happen at this stage when GoM has to come out with complete details. Of course, there are certain aspects with respect to valuations, for instance, if the full value of consideration is taxed then it will require judicial intervention, and we will have to move court because actionable claim needs to be determined.”

The possibility of an irrational tax burden on the sector has already spoofed investor confidence. The BSE-listed casino and hospitality giant Delta Corp stocks have been under pressure in recent weeks since ace investor Rakesh Jhunjhunwala started offloading his stake in the company. Jhunjhunwala and his wife owned a 6.16% stake in Delta Corp, but till June 20, he had unloaded 2.8% of it, selling off shares worth ₹96.12 Crores through the open market.

The company’s wholly-owned subsidiary, Deltatech Gaming, has filed IPO papers with the SEBI to raise funds for its online gaming businesses. Still, given this development, it remains to be seen if the subscription meets expectations.

Gaming is a fast-growing market with immense potential, and the Union government recently set up an inter-ministerial panel to look into regulating the sector. However, if the GST Council gives the go-ahead for a uniform 28% GST on the sector and brings about the recommended changes in how the transaction value of these services is evaluated, the future of the country’s gaming industry looks bleak.